Many have been asking how Arwen is doing. Well, she’s an eleven-year-old girl who has undergone multiple, unsuccessful treatments for stage four neuroblastoma, so she shouldn’t be doing great. Yet, generally, she has been pretty well in terms of her general health and mood. She is closer to her family and the Lord than she has ever been and has recently been exercising the sense of humor that she inherited from her dad. She has recovered well from a surgery to her spine about five or six weeks ago. Her schooling (and that of the other children) has been often interrupted on a universal scale for far too many trips to the hospital over the past month or so – it is a two-and-a-half-hour drive, after all. 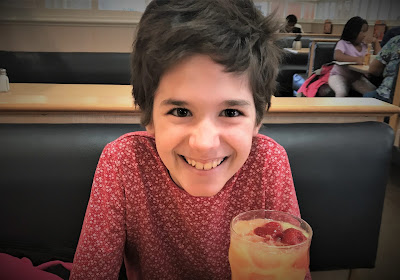 We have tried to keep up with homeschooling and have even joined a homeschool group to maintain some semblance of normalcy. It’s the regular interruption of “hospital trips” and Arwen’s periodic pain that remind us that this isn’t “normal life” and that we didn’t intend to be here or to live like this right now. I have been accepted in a part-time family medicine position. The paperwork process for that takes months, so I won’t start work until sometime next year, but we are thankful that God is providing a flexible job. In the meantime, I have been taking some theology courses online while Rebecca and I continue to work on our applications with the mission agency. Often, due to hospital stays, our family is spread out more than we are accustomed to. When we are all together, we continue to maintain our family devotions and discipleship.


There certainly are some rough days, emotionally speaking: moments where a couple of us will cry together. We are sometimes tempted to give in to fear or to the pride of believing that our own will should be done, but God patiently and tenderly shows us our need for Him and then gives us Christ’s own power to abandon ourselves in favor of trusting Him. I can honestly say that most of the time, we are joyful – recognizing that God is growing us and building us as witnesses of His wondrous grace.


We continue to miss our home and mission in Togo – praying that God might restore us to our work there – restore Arwen to her health. Rebecca and I were able to attend the Global Missions Health Conference in Louisville last week. We went in order to speak with others who are thinking and praying about medical mission work. We met several individuals and couples who encouraged us with their hearts for seeing Christ lifted up in Africa. An added blessing for us was that we had opportunity to visit with several of our dear friends from Togo. We were refreshed by fellowship with them. 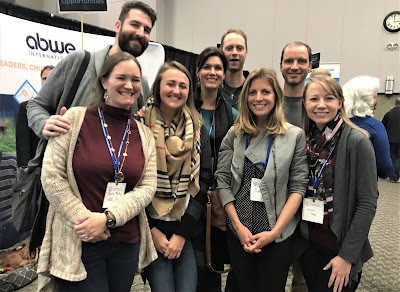 After returning home to rest for a couple days, I will be taking Arwen down to the hospital tomorrow for a new treatment. She will be receiving high doses of targeted radiation. Essentially, the treatment is a chemical that recognizes Arwen’s type of cancer and targets those cells. It has been combined with a radioactive agent which is meant to kill the cancer cells after being absorbed by them. Her oncologists have told us that this is their last hope for Arwen (though we have a much, much deeper hope than they). Most likely, Arwen and I will spend the rest of this week in the hospital, come home for Thanksgiving week, and then return to the hospital to have stem cells infused until she is well enough to come home again. This treatment works half of the time.


We’ve been told by several people that Arwen’s faith and our family’s faith have been encouraging to many of you. We are heartened to hear that! If you haven’t read Arwen’s own account of this situation, I recommend that you take the time. You can find the article (written in July) here. I found myself envisioning Arwen being approached by someone someday in eternity to say that Arwen’s testimony of faith had been used by God to bring them to salvation. I was instantly struck by the selfish thought that it was unfair for God to put my daughter and my family in such tribulation to help others that I may not even know. She’s my daughter, I thought, but the rebuke came almost as immediately. Arwen belongs to the Lord. She’s given herself to Him, and she – like all creation – would belong to Him even if she hadn’t already given herself willingly. Of course, I repented, but such small moments are the essence of spiritual battle and the basis of all our attitudes to follow. Once again, I dedicate myself and my family to God, His will, and His glory. Rebecca went through something similar a few weeks ago. She was convicted that she did not have a heart of thanksgiving. She got on her knees and, through tears, thanked God for this very situation in which we find ourselves. This is a progression of refinement in our lives right now. There was dross in our hearts and lives that we could not have known was there save for this process of refinement. Yet, we are encouraged that what is left is a finer, purer gold: hearts made holy in the sight of God by the power of Jesus Christ. Blessed be the God and Father of our Lord Jesus Christ…


God has graced us with the expectation of a sixth child. Please pray for Rebecca. She was already struggling with her own health a while ago and we haven’t yet found the time (or more honestly, the energy) to see to anybody’s health other than Arwen’s. We are, however, joyful in this news and look forward to introducing the newest Mallay in June or July.


Pray also for our endurance. The battle at hand is no less difficult than when we first returned from Togo and learned of Arwen’s diagnosis, and small reprieve lends itself to weariness. Our confidence remains entirely in Christ, the first-born from the dead, and we renew our minds in the truth of God’s word. Thank you for your continued prayers, notes of encouragement, and financial help.


You can continue to pray for the ministry in Togo. The hospital is still in a place of need regarding medical staff, but we anticipate that God has marvelous plans for Togo. We pray that He would raise up those for whom He has prepared this work and that He would make Himself know in Togo.


Pray most of all that we, God’s church, would be unified in Christ, that our hearts would be full of thanksgiving, and that we would be able count every trial as joy.
www.mallaysonamission.com
Posted by Seth and Becca Mallay on Monday, November 12, 2018